I built a K’nex ball machine that I call Rujebime. Its name is pronounced “ROO-jeh-bime”. It has 1 network and 9 paths. Rujebime is named after a type of gold coin used by a fictional culture that I will feature in a fantasy book series that I will be writing in the future. I chose to name Rujebime after that type of gold coin because I like the sound of the coin’s name. I designed 1 of Rujebime’s lifts and 11 of its elements. I used 1 of those elements on my previous ball machine Grid Tower II. Below are some pictures and a video of Rujebime. See if you can spot the plush sloth and the 2 plush binturongs in the video! (Note: While filming Rujebime, I frequently moved the binturongs.) 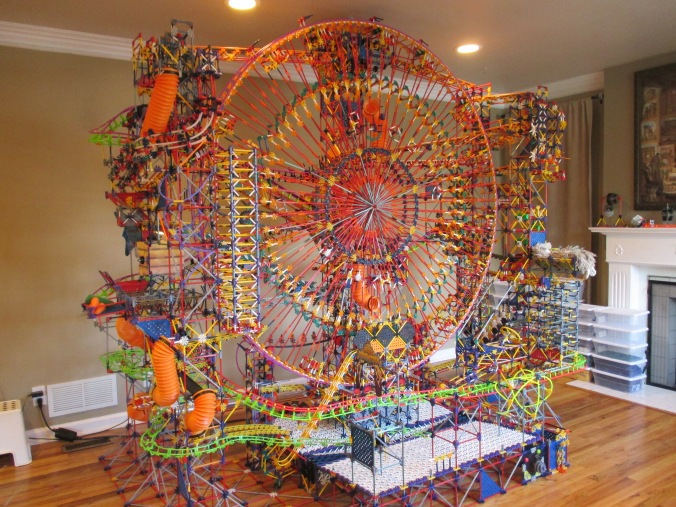 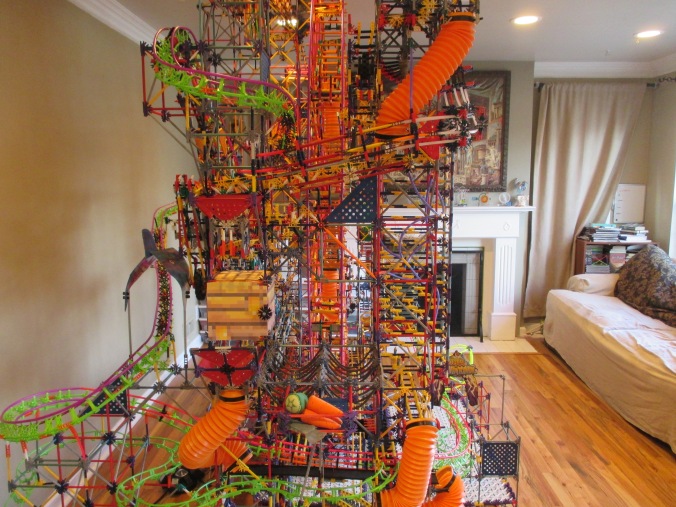